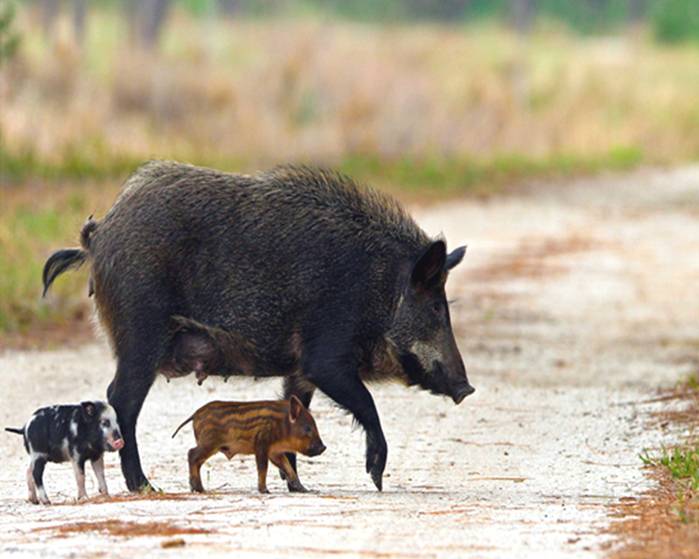 “Humans are the most ubiquitous predators on earth,” the Nature Conservancy’s Philip Kramer told Elisabeth Rosenthal of the The New York Times. “Instead of eating something like shark fin soup, why not eat a species that is causing harm, and with your meal make a positive contribution?”

“The whole outdoors is like a grocery store, if you know where to look,” Cecilia Nasti, the host of Texas Parks and Wildlife Department’s weekly radio series, “Passport to Texas” and KUT’s “Field and Feast,” told the TM Daily Post. When internal emails circulate through TPWD about the latest invasive species, Nasti said her first question is always, ‘Is this something we can eat?’”

My question is, how would you cook all this stuff?!

Late last week StateImpact Texas put together a list of the “Top Ten Invasive Species in Texas.”  Well … I guess eating them is one way to help lower their numbers.

Widely raised for food in Asia, black tiger shrimp mysteriously showed up in waters off the Texas Gulf Coast last year. These shrimp, which can grow up to a foot long and weigh up to a pound, are known to eat smaller shrimp.

Tiger shrimp, which make regular appearances on menus across the globe as as “giant tiger prawns,” can be cooked like any other crustaceans.

1. Preheat oven on broiler setting. With a sharp knife, remove tails from prawns, and butterfly them from the underside. Arrange prawns on broiler pan.
2. In a small saucepan, melt butter with garlic and lemon juice. Pour 1/4 cup butter mixture in a small bowl, and brush onto prawns. Sprinkle Parmesan cheese over shrimp.
3. Place broiler pan on top rack, and broil prawns for 4 to 5 minutes, or until done. Serve with remaining butter mixture for dipping. 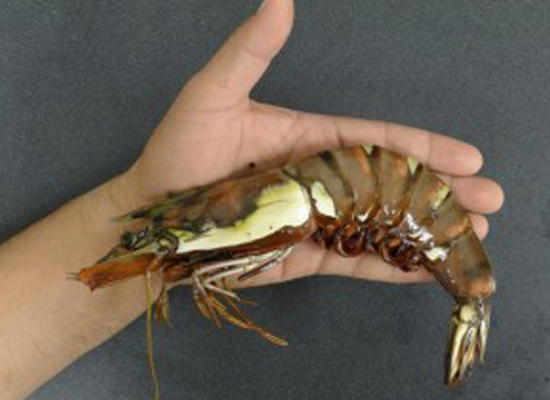 Bastard cabbage, an invasive flowering weed native to the Eurasian steppe, threatens to choke out Texas’s bluebonnets. The weed “is bullying its way along roadsides and filling fields with its dainty yellow blooms. The taller-than-waist-high flowers prompt oohs and aahs, until the admirer learns the plant is up to no good,” Kathy Huber wrote in the San Antonio Express-News.

TPWD’s Nasti offered the following tips on how to prepare the plant: “You need to pick the young leaves and do a really simply saute with a little garlic, sea salt and lemon,” she said, while recommending foragers stay away from the plant’s older leaves, which tend to be bitter. “Feral hog with a side of bastard cabbage—now that sounds like a tasty meal, doesn’t it?” Nasti said. 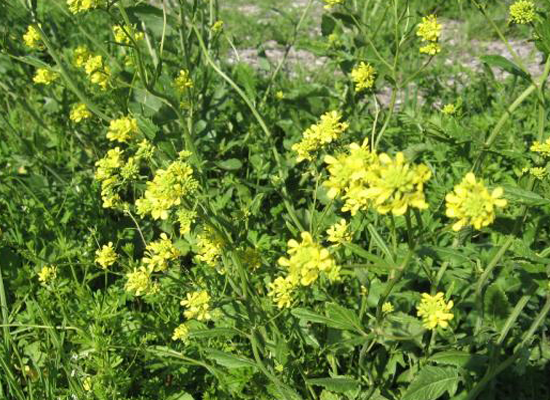 Grass Carp and Bighead Carp, two of the four Asian carp species present in the United States, have already been spotted in Texas. According to TexasInvasives.org, bighead carp are “large-bodied, fast-growing, highly fecund, voracious-feeding fish that are rapidly colonizing North American waterways.” They threaten native fish by gobbling up plankton.

Marinate deboned carp pieces in the refrigerator for at least an hour. Grill over a hot fire. Use of a fish basket, or a piece of expanded aluminum mesh will help keep the fish pieces from breaking up and falling through the grill (however, if you are careful, this is not entirely necessary because the carp meat is quite firm). Place in a covered dish when removing from the grill, to keep the fish hot until delivered to the table. Diners can construct their own tortillas with their desired toppings. 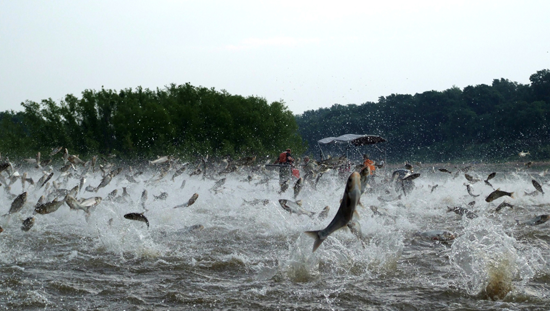 The semi-aquatic creatures have also been spotted throughout southeast Texas and are now taking up residence in Herman Park and Lady Bird Lake.

“The problem with the nutria is it looks like a giant rat, but it tastes like a giant rabbit,” Dave Linkhart, director of national and international affairs for the National Trappers Association, told Discovery News. “I ate nutria for lunch, I’ve got two more right in front of me. I am encouraging people to eat nutria, but there’s cultural stigmas you have to overcome.” 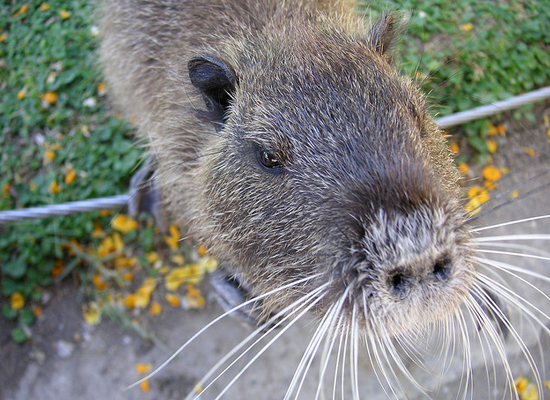 Philipp Meyer sang the praises of feral hog meat in TEXAS MONTHLY last August. “When properly prepared, they are delicious. Leaner than domestic hogs, they have a slightly nutty flavor that makes their meat more interesting than regular pork. This fact alone—they taste good—should have led them to the same fate as the Longhorn, but it has not. Pigs are survivors,” he wrote.

Start with a young feral hog diced up in 1/2 inch size. Using a wash pot or large 5 gal. pot, pour about 1 cup of Wesson oil in the pot. Dice up the bell peppers and onions. Fire up the pot. When the oil gets hot, place the diced bell peppers, serrano peppers and onions in the pot and lightly brown. Place the diced feral hog in the pot and add about 1 quart of water. With a large spoon, stir and cook for about one hour. Add salt, fajita seasoning and chili powder to your taste. Add the jar of mole and continue to stir to keep the meat from sticking. Add water as needed to have a gravy texture. Cook for an additional two hours until meat is tender. Serve with flour tortillas and pico de gallo sauce. 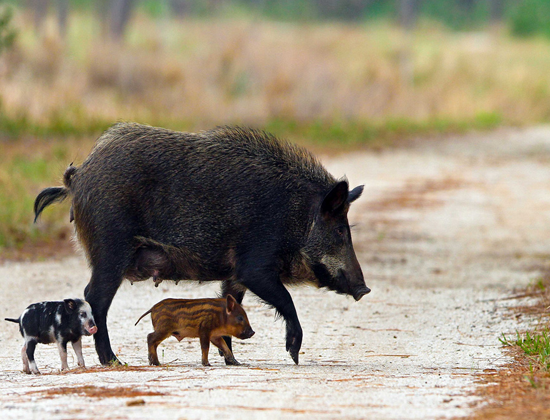